This week on Roosters Radio we sit down with our captain James Tedesco.

Teddy shares his journey to first grade, from footy posts and passing nets in his backyard to then achieving his dream of playing in the NRL.

He talks about his pride in leading the team, our coach Trent Robinson, how he spends his time off the field and this week's do or die semi-final against Manly.

Teddy also opens up on his injury setbacks and spoke openly about how he manages his mental health.

Tedesco beamed with pride when asked about leading the side, particularly through the turbulence with injuries and suspensions playing a part in the season.

"A lot of different things haven't really gone our way but with the fight that we've shown, I think it's been a really proud year for the Club," he said.

"I think a lot of fans and people, in general, are feeling that. They're really proud of how well we've gone with a lot of the setbacks we've had. In my first year as captain I'm really proud to lead these guys.

"Seeing these guys and our team getting better every week because of that is really pleasing to see." 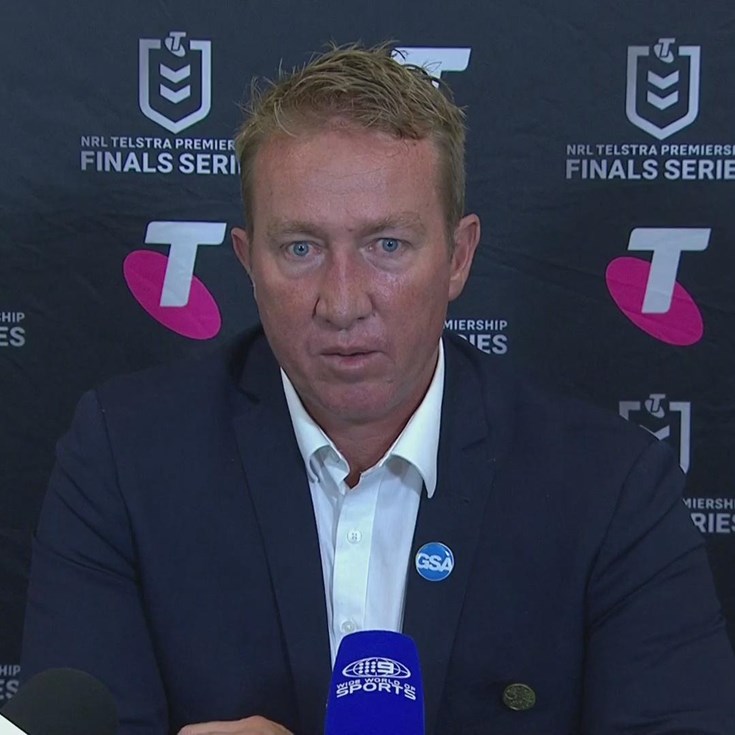