Backrower Naufahu Whyte may have been thrown into the NRL cauldron ahead of time during an injury-riddled season for the Sydney Roosters, but he showed no signs of backing down from the opportunity to take on the game’s more experienced forwards.

Whyte, 19, has come a long way since joining the club as a schoolboy from Auckland, capping off the 2021 season by re-signing until the end of 2024.

After receiving the Roosters Chris Sykes Award in 2020 for Junior Representative Player of the Year, Whyte was promoted to The Knock-On Effect NSW Cup in 2021 with feeder club the North Sydney Bears.

He certainly left an impression in his transition to NSW Cup level, scoring five tries (third-most by a forward in 2021), making five line-breaks and throwing five offloads while averaging 3.3 tackles busts, 78.9 running metres and 27.7 tackles from seven games at second row.

As that season was cut short by the Covid pandemic, Whyte then travelled with Trent Robinson’s first grade squad into the Queensland NRL bubble where he soon became Roosters player #1205 making his NRL debut in Round 22 – a 21-20 win over the Brisbane Broncos.

With an eye towards playing much more NRL in the future, Whyte will only continue to hone his craft under the veteran tutelage of internationals Jared Waerea-Hargreaves, Sio Siua Taukeiaho and the like.

Robinson is pleased to have the 19-year-old at the club for the next three seasons.

“It’s been exciting to watch the younger players in our squad come through, and Fahu is a hard worker who has bought into what it means to be a Rooster,” Robinson said.

“I’m looking forward to watching him continue to grow as a player and a person in the seasons ahead.” 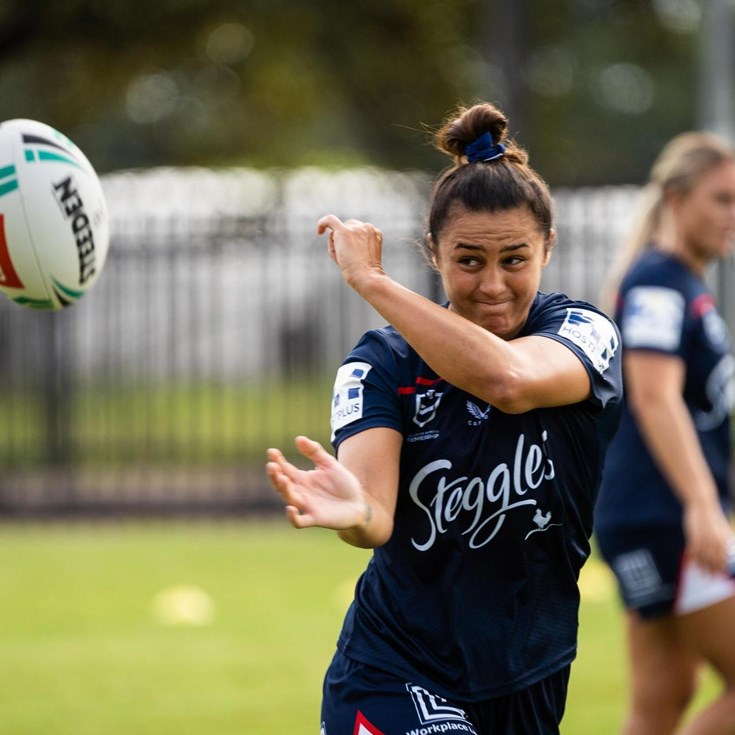