Head Coach Trent Robinson has made some changes to this week's squad ahead of Thursday night's clash with the Canterbury-Bankstown Bulldogs at ANZ Stadium.

The long awaited return of Frank-Paul "The Wrecking Ball" Nuuausala looks set to be this week after being named on the bench.

It will mark the first time Nuuausala has played in a Roosters jersey since 2014.

There's a bit of a shake-up in the starting line-up in Round 7, with Joseph Manu shuffling to the wing outside Latrell Mitchell, Mitchell Aubusson into the centre position, Zane Tetevano to start at prop and Jared Waerea-Hargreaves shuffling back to the bench.

Nat Butcher has been named on the bench again this week after a strong showing last Thursday night.

Siosiua Taukeiaho has been named in the reserves despite injury concerns in Round 6 and will be given every chance to prove his fitness ahead of kick off.

Reece Robinson comes out of the starting line-up and onto the extended bench. 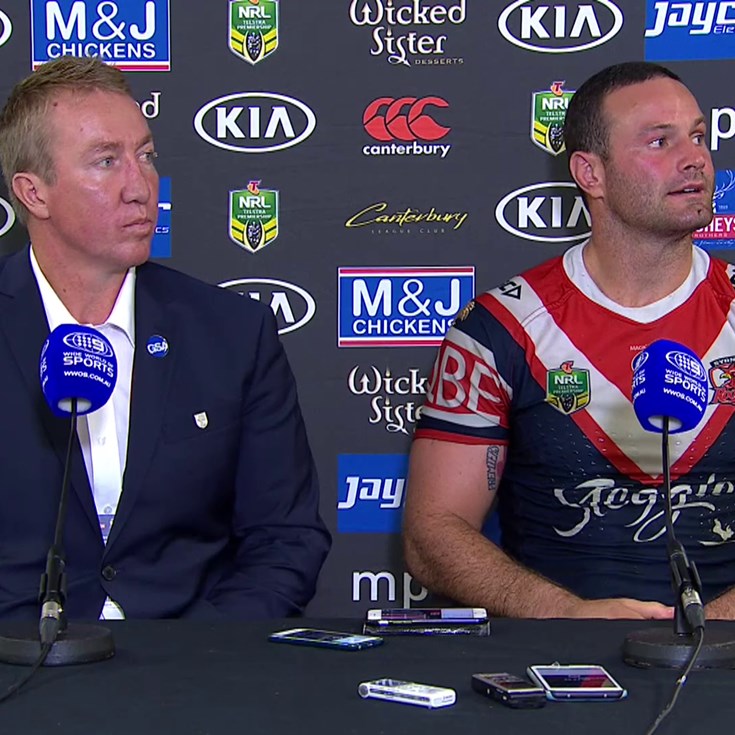