With two wins from two matches for the mighty Roosters, what better test to come up against than our good old neighbours on Friday night at Stadium Australia for the first leg of the Ron Coote Cup?

Friday night will be the 248th time the two foundation clubs come head-to-head since 1908, and while the Rabbitohs got over the top of us last time, the Tricolours have the upper hand over the last ten meetings, coming away with six victories.

Despite being a fairly even contest in recent history, the Roosters have won when it's mattered the most, notably in the 2018 Preliminary Final (14-6) and the 2019 Qualifying Final (30-6) both en route to the Club's 14th and 15th Premierships respectively.

The Roosters also have a superior record against our rivals since 2002, winning 26 out of 41 matches.

Initially named in the starting seventeen, Roosters Members and supporters will have to wait another week to see the return of Victor Radley, however, with Angus Crichton slotting back in from suspension, Trent Robinson has fielded arguably the strongest Roosters side for 2021 so far.

The only change for the Rabbitohs is the return of Josh Mansour who comes onto the wing in place of Jaxson Paulo as they look to build on their win over Manly.

Two of the competition's superstars come head to head at the back on Friday night as co-captain James Tedesco marks up against former Rooster Latrell Mitchell.

Tedesco has been one of the leading lights for the Tricolours so far in 2021, scoring a hat-trick in Round 1 before backing up with a double against the Wests Tigers last weekend, sparking the side to two 40-point tallies in as many weeks.

Despite not scoring as many four-pointers as his former teammate, Mitchell has been just as influential for the Bunnies, setting up numerous tries including the match-sealer last Saturday, and will be looking to test himself against the current NSW and Australian fullback.

Both players have also been incredibly busy, averaging similar numbers for tackle breaks (16 to 15 to Tedesco) and average running metres (174 to 166 to Tedesco), so you can expect the final result to more than likely hinge on the back of the two custodians.

What Our Boys Said

"We're two proud clubs and we're very excited about the challenge of coming up against the Bunnies. It's always a tough battle, both sets of fans are very passionate and loyal and love watching that battle." - Winger Brett Morris

"The crowd gets right into it, the fans love it and every game we take them on is big and special so I'm really excited. I love playing these big games." - Centre Joseph Manu

It's always an intense match when we come up against our oldest rivals, and with both sides having plenty to play for - in particular the Ron Coote Cup - you'll want to make sure you're prepared for an absolute thriller.

If you can't get tickets to Stadium Australia, be sure to head to the new and improved Easts Leagues and watch the game at Artie's Bar while you cheer on the mighty Roosters! 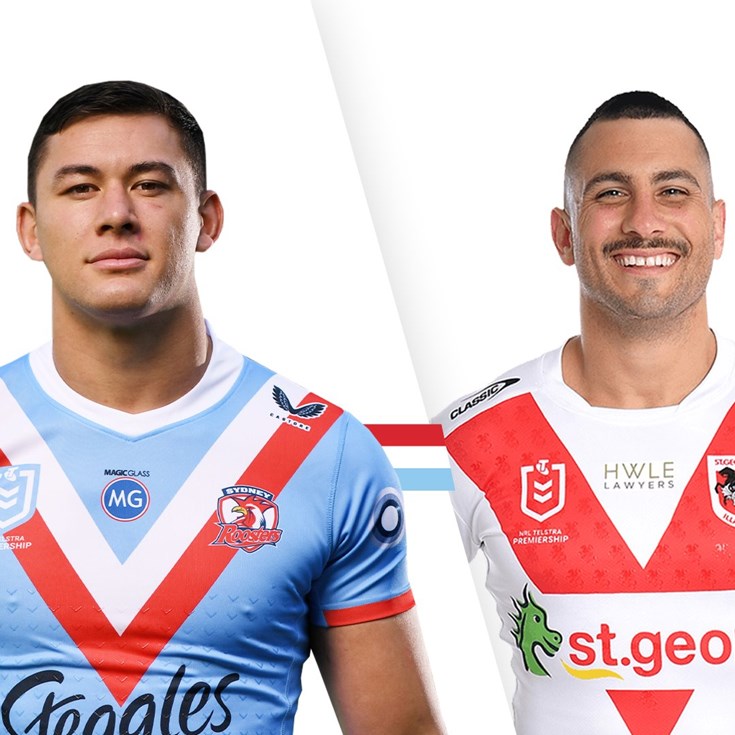