St George Illawarra are the club that’s breathing fire at the moment – and not just in the NRL after their Intrust Super Premiership side continued to pile on the misery on the Wyong Roos’ 2018 campaign with a 20-16 win at WIN Stadium.

Having led by 14 points during the first half, the Dragons had to withstand a determined Roos fightback to ensure the win that would see St George Illawarra join the Western Suburbs Magpies at the top of the competition table with today’s result.

Conversely for Wyong, despite the determination shown to get back into the contest, the loss sees last season’s runners-up continue to languish near the bottom of the ladder with just the two wins after the opening six rounds, in what must be worrying times for coach Rip Taylor, who lost Chris Centrone (concussion) before half-time to rub salt into the wounds.

The only sour note to come out of the Dragons win for coach Mat Head, would be the early first-half injury suffered by prop Joshua Kerr (knee).

It was evident early on that the Dragons wanted to utilise their pacey wingers with Zac Lomax denied an opportunity to post first points, when he was bundled into touch by some desperate scrambling Roos defence just short of the try line.

But the Dragons would not be denied in the 11th minute when prop Mitch Allgood combined with the five-eighth Jack Payne, who threw a long cut-out pass to put centre Reuben Garrick into space from short range to score out wide and give the home side a 4-0 lead.

A spilled bomb from Centrone enabled the Dragons to double their lead six minutes when Lomax would not be denied a second time around, stepping inside two Wyong defenders to dive over out wide.

The Dragons soon a third try on the board when Garrick dived over for his second of the afternoon from close range, with Lomax converting the extra two points to put the Dragons up 14-0, after regular kicker Darren Nicholls, had missed with his opening two attempts at goal.

Wyong finally opened their account seven minutes out from the break with a barnstorming try to back-rower Sitili Tupouniua after Roos halves, Mitch Cornish and Lachlan Lam combined to put the edge forward on a powerful angled run to score to the left of the posts, and with Josh Mantellato’s conversion, the away side trailed 14-6.

On the stroke of half-time Wyong got themselves well and truly back into the contest when a cross-field kick from Lam was batted back by centre Matt Ikuvalu into the waiting hands of Dean Matterson, who having been on the field for only a matter of minutes, crashed over out wide to reduce the gap to just four at the main break.

But it was the Dragons who would come out of the sheds the quicker, when hooker Reece Robson opened up the Roos defence around the ruck before offloading to fullback Jai Field, who needed little invitation to streak away and score behind the posts to push the lead back out to 10.

However the boys from the Central Coast set up a grandstand when they scored with 13 minutes remaining, after a sweeping backline move enabled Ikuvalu to score in the corner and duly converted magnificently from the sideline by Mantellato in swirling conditions, to trail by four once more.

But despite getting some quality possession inside the Dragons half over the closing minutes of the game, the visitors were unable to score again, allowing the Dragons to take out a closely fought contest 20-16.

Next up for the Dragons is a trip across the Tasman to take on the Warriors next Saturday, while later in the day, the Roos will host the Blacktown Workers Sea Eagles at Berkeley Vale Oval. 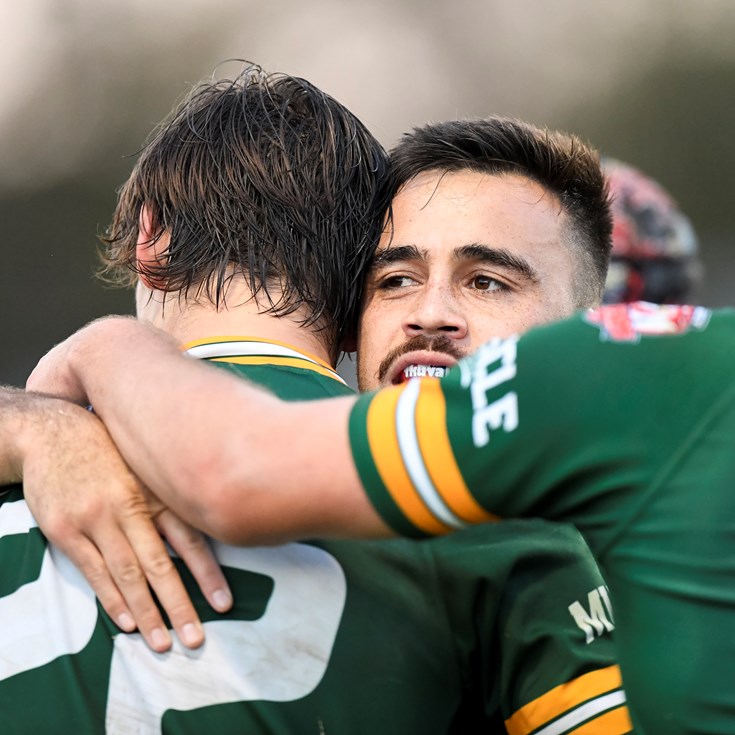 Roos Rally to Down the Jets at Henson