Sydney Roosters women's players walk into their training headquarters at Moore Park to be greeted by their male counterparts.

They aren't guarded from some of the top players in the game, or treated any differently.

It shapes as one of the biggest cogs in the growth of the women's game with the fame and influence of big-name male players set to play a part in the side's preparations.

NSW prop Simaima Taufa bumps into Jared Waerea-Hargreaves in the café and they talk about their respective NRL competitions.

Dylan Napa asks what the side's pack will be like and how he can help, while Cooper Cronk has offered to be a trainer if the scheduling permits.

"We're very lucky to have the first-graders be so involved with us," Roosters halfback Maddie Studdon told NRL.com at the NSW Women's Premiership launch in Sydney on Wednesday.

"They're a welcoming club and family orientated. We had a meeting a couple of weeks ago and Mitch Aubusson and Jake Friend came in and said welcome to the club.

"Trent Robinson has been to most of our training sessions and we had an induction day. Cooper really wants to help out too.

"I look up to Cooper and being a halfback I've spoken to him and he's happy to help me with my kicking and giving me some tips around my game."

Like jitters on the first day of school, Studdon felt a sense of belonging for the first time in her career as soon as she walked through the doors.

"It's very important for us as women to be treated like that," Studdon said.

"We've always looked up to the men's sides and the ladies who paved the way did what they could but for a lot of us at a younger age we modelled our game around some of the best male athletes in the game."

The NSW halfback said while it was exciting to be surrounded by some of the elite players in the game, the squad were wary of maintaining a level of professionalism and maturity.

"When we go around the club we look and there's Cooper Cronk and we think 'oh my god!'," Studdon said.

"We've got to snap out of that giggly sense of humour and I'm sure that will go eventually. Having those guys wanting to help us out is an unbelievable feeling, you don't get that much in other club footy so we really need to take it seriously too."

Cronk said the foundations at the Roosters have been around since 1908 and it only made sense for the men's side to offer a hands-on approach to the women's squad.

"The Roosters football club is not about the 17 players who play first grade on the weekend," Cronk said.

"It works down to the 20s, NSW Cup and now it involves the women's team. There's no doubt Trent will help the coaches out, our halves will work with the women's halves and the same with the forwards and outside backs.

"We're all about compassing, whether you work in the background staff or are a footy player – you've got a role to play to make this club as good as it possibly can be." 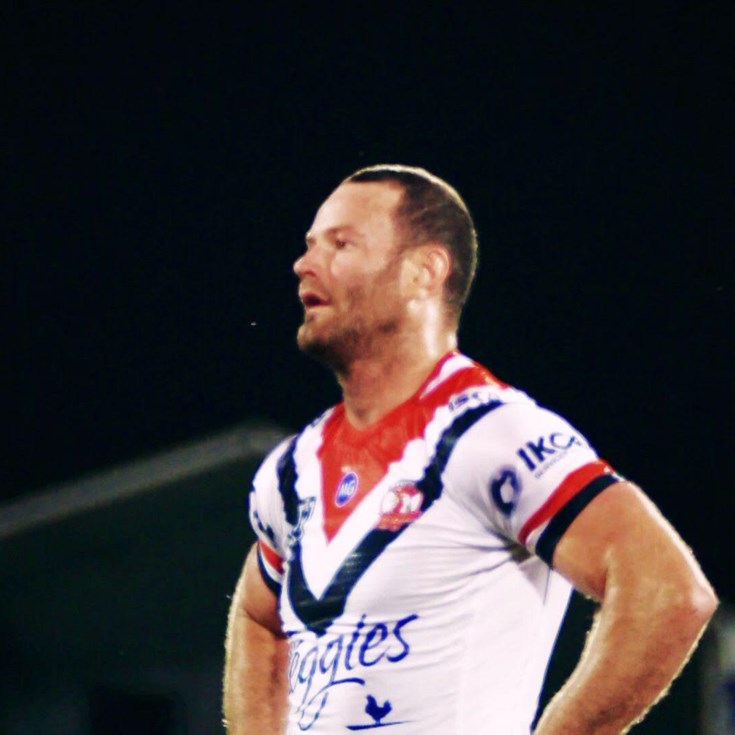